Along with  Lumia 730 Dual SIM, Lumia 930 and Lumia 830, Microsoft has also released its new screen sharing device termed as Lumia HD-10. The device will cost users Rs 5,999 in India. It was also announced in IFA Berlin and specially dedicated to Lumia smartphones. Lumia HD-10 is an easier way to share your screen. 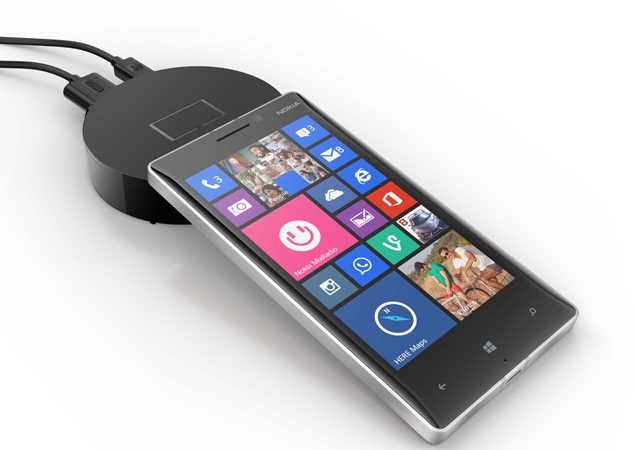 This Device will help users to get the mirror image of thier Lumia smartphone on a much large screen like television. The user just has to tap their smartphone on the Lumia HD-10 and share their screen with the other devices so that the  photos, videos, music, movies, games and more can be shared with other device by using the Lumia HD-10. It is also powered by a micro USB. The firm announced at the IFA Berlin that the device will be available by the end of September and it did almost in the same time frame. It also has a removable NFC disc which can be used to connect with the smartphone.

The device will be available in White and Black colors. The Lumia HD-10 will be compatible with Lumia smartphones like Lumia 730, Lumia 735 and the Lumia 830. The technology used by Lumia HD-10 Miracast technology. What you see on the TV is exactly what’s happening on your Lumia device. Touch the NFC disc with your Lumia, and whatever you’re doing with it shows up in real-time on the bigger screen.