Apple has unveiled its next generation tablet iPad Air 2. This tablet is thinner than its predecessors and is the thinnest tablet ever. 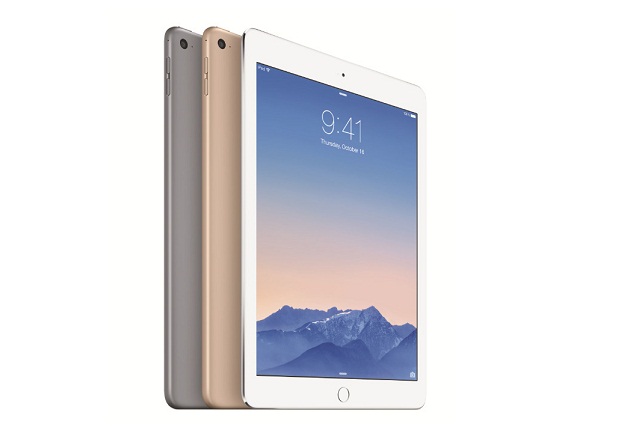 Apple iPad Air 2 is powered by new chipset, A8X which was specifically created for this tablet. It uses second generation 64-bit architecture for better performance. Apple claims that it will be 180 times faster than original iPad. It also has M8 motion co-processor for motion tracking. It runs on iOS 8.1.

It has 8 megapixel rear camera which boasts to have 1.12 micron pixels, an f/2.4 aperture and 1080p video recording. It also supports slow motion video recording. FaceTime camera has also been improved with new sensor. Now it is capable of accepting 81 percent more light. It comes with burst selfies mode for capturing better self portraits.

It offers Wi-Fi 802.11ac connectivity which is much faster Wi-Fi standard. Similar to iPhone 6, LTE version of this tablet now supports 20 LTE bands. This tablet will offer 10 hours battery life on normal usage.