LG has finally launched its Flip smartphone LG Wine Smart in Korea. It had already started teasing the smartphone to hint the official announcement.  This smartphone targets elderly people who are not familiar with touchscreen smartphone and do not want to use touchscreen phones. 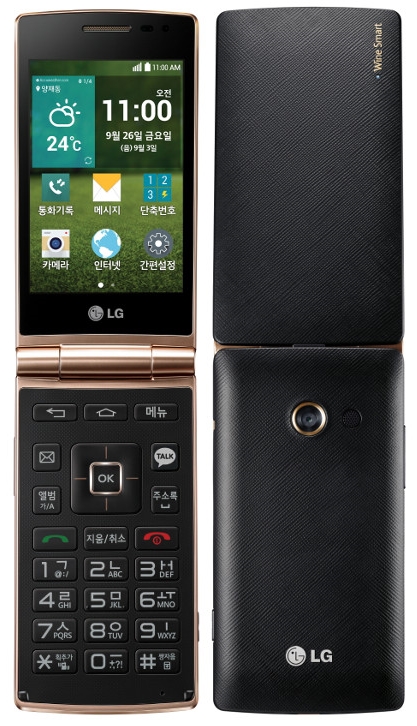 LG Wine Smart is powered by a 1.2 GHz Quad-core processor with 1 GB RAM. It has a 3.5 inch display with 320 x 480 pixels resolution. It comes with 4 GB internal storage, microSD card slot and 1700 mAH battery. It runs on Android 4.4 kitkat. It also features a 8 megapixel rear camera and a 0.3 megapixel front ca,era. Connectivity features include LTE, Wi-Fi, Bluetooth, Micro-USB and FM radio.

This smartphone comes with a feature called “Safe Keeper” which automatically sends information like location to pre-assigned users when the handset is not in use for a period of time.