Celkon has launched another budget Android smartphone Celkon Millennium Glory Q5 in Indian market. It comes with good hardware specifications and it priced at only Rs, 7,299. 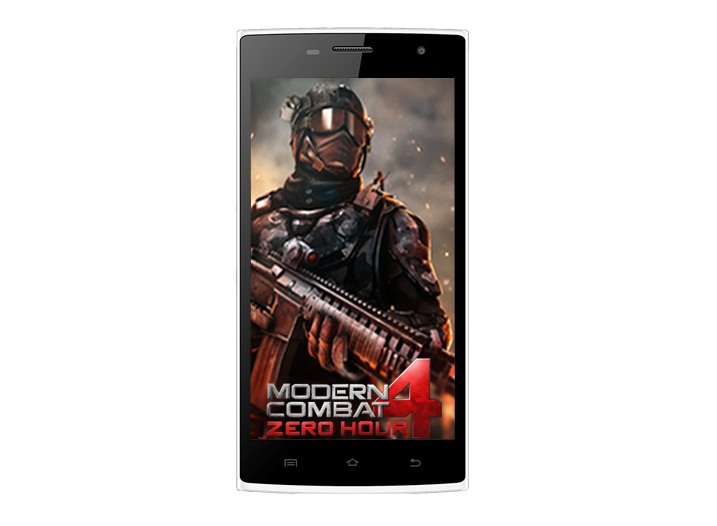 Celkon Millenium GLory Q5 features a 5 inch display. It is powered by a 1.2 GHz Quad-core processor with 1 GB RAM. It runs on Android 4.4 kitkat. It comes with 8 GB internal storage, 5 megapixel rear camera, 1.3 megapixel front camera, 3G, WiFi, Bluetooth and 1800 mAh battery. Expandable storage was not mentioned but we can expect it because this is a game focused smartphone.

For this smartphone, company has also partnered with gaming giant Gameloft. So, this smartphone comes with 4 Gameloft games including Prince of Persia, The Avengers – The Mobile Game, Bubble Bash 3 and Modern Combat 4: Zero Hour.

Mr. Murali Retineni, Executive Director Celkon Mobiles said, “At Celkon, our endeavor is to bring out the best each time we launch an offering. This time we are pleased to announce yet another amazing and novel offering in association with Gameloft. Millennium Glory Q5 will prove to be the perfect smartphone for all the gaming aficionados who have desired to have a cutting edge features loaded phone with new games. We believe Millennium Q5 will be the most innovative gaming phone available at an affordable price. This phone will be available with snapdeal.com from tomorrow.”

Sarabjeet Singh, Country Manager for Gameloft India said, “We are delighted to bring some of our most popular games to Celkon Millennium Glory Q5. This combination of Gameloft’s own titles and popular licenses preloaded on the device creates a unique out of the box gaming proposition, which will provide great value to consumers, and at the same time, appeal both to hardcore as well as casual gamers.”