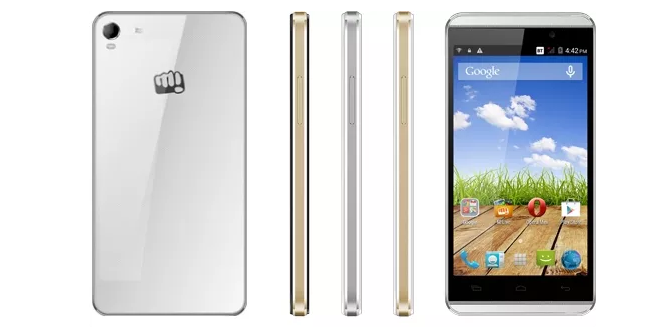 Micromax Canvas Fire A104 features a 5-inch FWVGA display. It is powered by a 1.3GHz MediaTek MT6582M quad-core processor. The smartphone will run on Android 4.4.2. It features a 5Mp rear or back facing camera with LED flash. It also has a 0.3MP front facing camera. There are number of applications that are coming pre loaded like M! Games, M! Insurance, M! Security, M! Live, MAd, Opera Mini, BookMyShow, Clean Master, Getit, Kingsoft Office and Reverie Smartpad. Other features include 1GB RAM, 4GB internal storage that can be expandable via microSD card. Coming to the connectivity end it has 3G, Wi-Fi, Bluetooth and GPS. The battery backup of the smartphone seems ok as it has 1900 mAh battery.