Popular messaging app Line has added another cool feature to attract more users. It has added a hidden chat feature in both iOS and Android apps. This new feature lets users send time-limited messages to their friends.

For this chat, you will have to use a separate 1-to-1 chat room. You can send text and images both in this. If you received a message, it will say “Hidden Message.” You will have to tap on this to see the message. And message will only be visible for a pre-set amount of time after the receiver taps on it. After the time limit exceeded, it will be deleted automatically. By default this timer is set to 1 minute. But you can change it from the menu at the top of the screen. These are the time option you have: 2, 5, or 10 seconds; 1 minute; 1 hour; 1 day; 1 week. 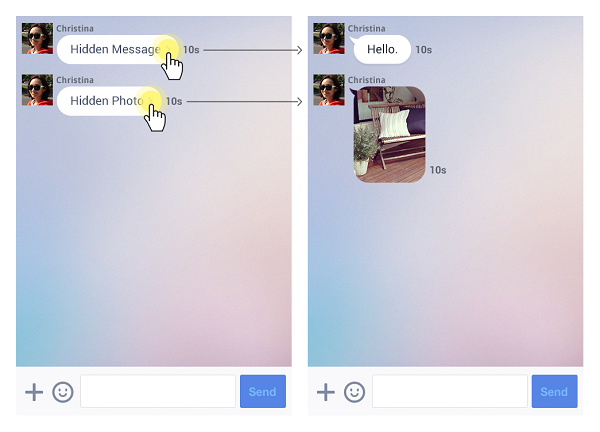 Line also confirmed that all un-opened messages will be deleted from the Line server after 2 weeks.

If you think that this feature is cool, it is worth to mention that Line has copied this feature from Telegram messaging app. Telegram has almost similar feature “Secret Chat” which lets users do this kind of secret conversation. If you look closely, Line has also given the same timer options what we have seen in Telegram.