Yesterday, Karbonn has launched its latest smartphone running on Android KitKat named Titanium S99. Today it was the turn of Spice to launch its latest smartphone in the Indian market running on Kitkat. Company launched Spice Stellar 600. The smartphone is priced at Rs 9,999 and it is exclusively available at e commerce site HomeShop 18. It is available only in white color. Company is also offering free Smart Flip cover worth Rs 500 for the users. 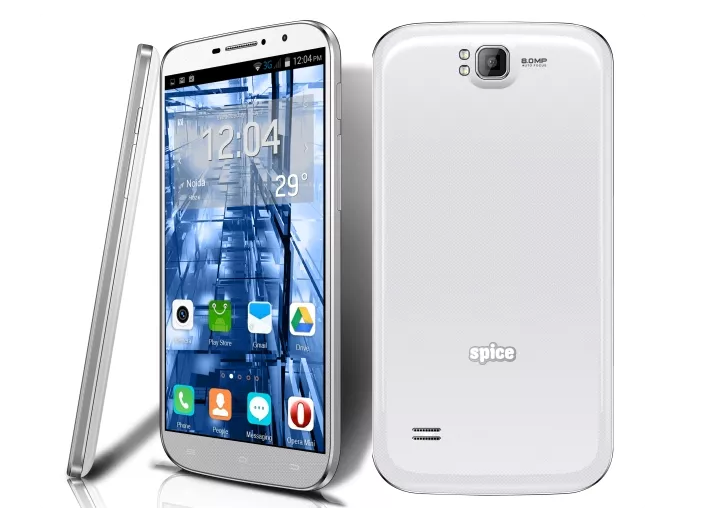 Talking about the features, Spice Stellar 600 has a 6-inch qHD display. It is powered by a 1.3GHz quad-core processor. Talking about the photo clicking abilities, Spice Stellar 600 has a 8MP rear or back facing camera with features like dual LED flash. The smartphone is also equipped with 3.2 MP front facing camera. The smartphone has dual SIM with dual standby. Other features include 1GB RAM and 4GB of internal storage that can be expanded via microSD card. Coming to the connectivity end, the smartphone has 3G, WiFi, Bluetooth with A2DP and GPS along with aGPS. The battery backup seems fine as it has 2500 mAh battery.

T M Ramakrishnan- CEO, Devices Spice Retail Ltd has said at the launch, “Stellar 600 is for those who dream big. With a large screen size and running on the latest Android version 4.4 KitKat, it is a power-driven device in terms of its processor and expandable storage (upto 32 GB). At Spice, we believe in catering to consumers’ needs and aspirations and the Stellar 600 is yet another potent effort from us in exceeding consumer expectations. The combination of these extraordinary features makes this handset a solid addition to the Android family.”