Now you can share photos quicker in one tap. You do not need to leave the app to take photo from camera. You can do it directly from Facebook app. Revamped Facebook photo gallery also lets you access your Facebook photos quickly on your smartphone.

Facebook has also added a new Groups Tab. You can now create and manage groups. You can also pin these groups to your phone’s Start screen for quicker access. 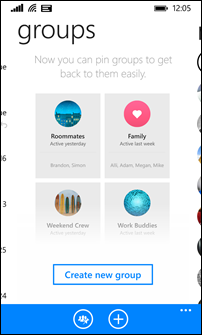 Facebook has also improved the performance of the app. Now it cache more apps to make it faster and consume less data.