Xolo has launched its new smartphone for India named Xolo Q1010i. It is considered to be successor of Xolo Q1010. It has appeared on the official site of Xolo two three months ago and now it is available in the Indian market. The new smartphone will be available in black color and its is priced at Rs. 13,499. 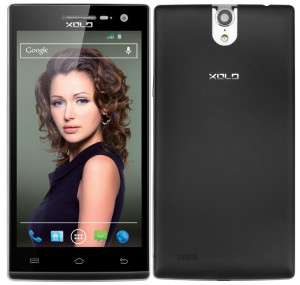 Talking about the features, Xolo Q1010i has a 5-inch (1280 x 720 pixels) HD IPS display based on One-glass-Solution (OGS) technology. It is powered by a 1.3 GHz quad-core MediaTek MT6582 processor. The smartphone will run on Android 4.2 (Jelly Bean) and it is upgradable to Android 4.4 (KitKat). Talking about the photo clicking abilities, Xolo Q1010i has 8-megapixel rear or back facing camera. It is also equipped with 2-megapixel front-facing camera. It supports dual SIM support with dual standby.