Sony has launched its new smartphone named Sony Xperia M2 Dual. It is considered to be successor of Sony Xperia M. Sony announced this smartphone at MWC 2014. It will be available in three different colors namely Black, White and Purple colors. The smartphone has been priced at Rs. 21,990. It would go on sale across India starting April 25th. 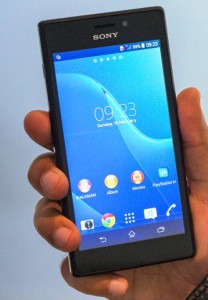 Talking about the features, Sony Xperia M2 Dual has a 4.8-inch (960 x 540 pixels) capacitive touch screen display. It is powered by a 1.2 GHz quad-core Qualcomm Snapdragon 400. The smartphone will run on Android 4.3 (Jelly Bean). Talking about the photo clicking abilities, Sony Xperia M Dual has a 8-megapixel rear or back facing camera. It is also equipped with a 0.3-megapixel (VGA) front-facing camera.It also comes with dual SIM support and has NFC. The battery backup of the smartphone seems ok as it has 2300mAh Battery,