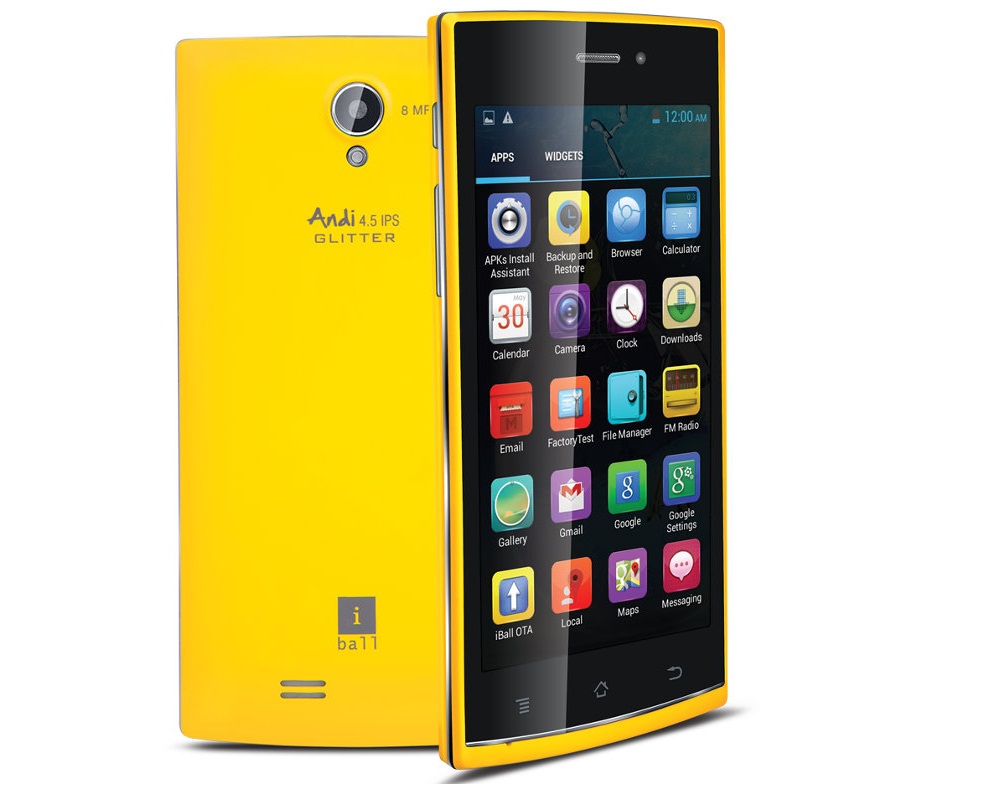 Talking about the features, iBall Andi 4.5P Glitter has a 4.5-inch (480 x 854 pixels) touch screen IPS display. It is powered by a 1.3 GHz quad-core processor. Talking about the photo clicking abilities,  iBall Andi 4.5P Glitter has a 8-megapixel rear or back facing camera. It is also equipped with a VGA front facing camera. The smartphone has a 3G connectivity and a Dual SIM support. Some other features include auto call recording and flip to mute. The Battery backup of the smartphone seems good as it has a 1450 mAh battery.