Samsung has started taking pre-orders of Samsung Galaxy Grand 2 in India via its official e-store. Price of of the smartphone has not been announced. If you are interested, you can pre-book the smartphone only for Rs. 2000. 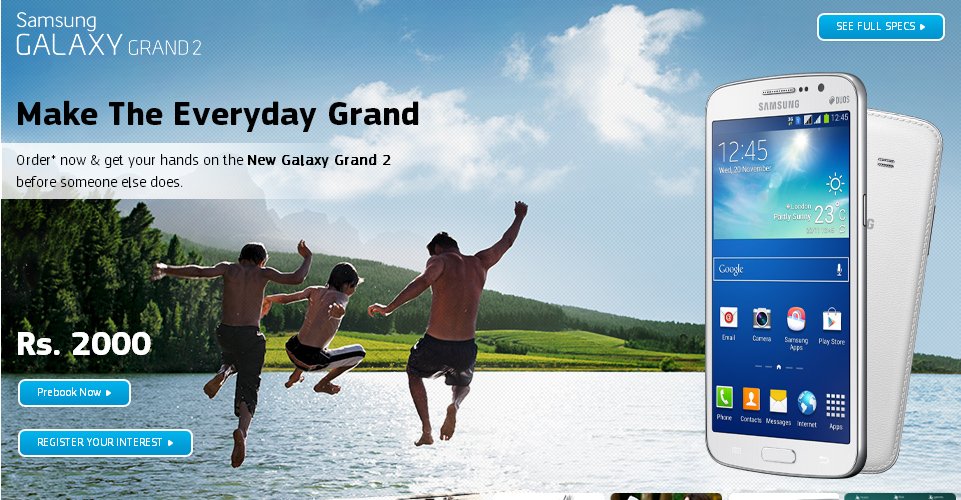 Samsung Galaxy Grand 2 features a 5.25 inch HD display. It is powered by a 1.2 GHz quad core processor with 1.5 GB RAM. it features a Android 4.3. It has 8 GB internal storage expandable up to 64 GB microSD card slot. It features a 8 megapixel rear camera with LED flash and a 1.9 megapixel front camera.