As promised, Motorola has announced its Moto G. With this smartphone, company is targeting entry level smartphone market. This budget smartphone will be available in India in January 2014. 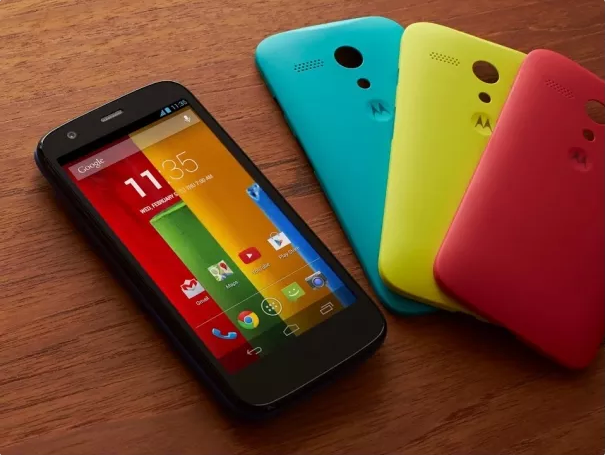 If we talk about the specifications, it is powered by a 1.2 GHz quad-core Qualcomm Snapdragon 400 processor. It features a 4.5 inch 720p display Gorilla Glass. It is packed with 1 GB RAM. It features a 5 megapixel rear camera and a 1.3 megapixel front camera. It runs on Android 4.3 but it will soon get Android 4.4 Kitkat. It will come with 8 GB and 16 GB storage model.

Moto G customers will also get 50 GB Google Drive storage for free. It is water resistant coating both inside and outside for complete protection. It also comes with removable back covers in and Flip covers in seven colors.