In the game, you play the centeral role (Played by Amir Khan in movie). You will have to evade from cops (played by Abhishek Bachchan and Uday Chopra). This is the racing game with tap control. Ride hard, ride fast in the street with your super bike in heavy traffic, cops and pursuit helicopters. In racing game, you can hit the speed with Nitro boosts. It also has the concept of Sonic blasts for clearing way. In the game, you can buy new bikes. But you need to collect in game coins. Game has awesome graphics for better gaming experience.

Dhoom 3 game was officially launched by Amir Khan and Katrina kaif in an event. 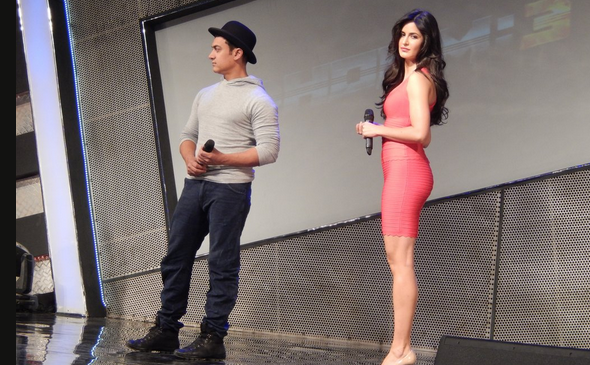 If interested, You can download the game for Android, iOS, BlackBerry 10, Windows Phone and Symbian device. It is available to download for free for all mobile platforms.

See the demo video of the game below.