LG another flagship phablet namely LG  G Pro phablet, called the LG G Pro Lite is now selling online for Rs 18,300 in India.The company had unveiled the dual-SIM compatible phone about two weeks back and had mentioned it would launch it soon in India. The G Pro Lite has not yet been officially launched in India but with devices surfacing on online retail stores, we believe the announcement would be just around the corner. 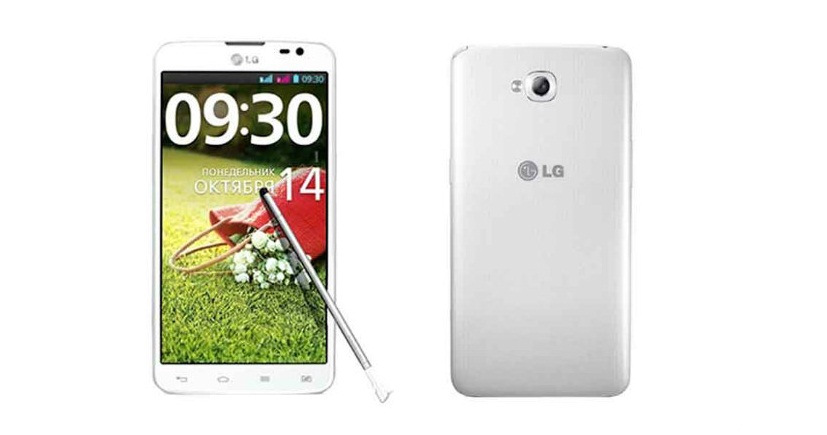 Talking about the features of the phablet, LG G Pro Lite comes with a 5.5-inch IPS display with 960 ×540 pixels resolution. Unlike the Snapdragon processor powering the G Pro, this phone settles for a MediaTek MT6577 processor with dual-cores clocked at 1 GHz each. It has 1GB of RAM, 8GB of internal memory which can be expanded by up to 32GB with microSD. On the software front, the G Pro Lite gets the Android 4.1 Jelly Bean flavor just like its higher end version. Besides, the phone also comes with an 8-megapixel rear camera with BSI sensor and LED flash and a 1.3-megapixel front-facing camera.

Other feature of the phone includes a dedicated SIM switch key which would make it easy for a user to switch SIMs, the KnockON feature to wake the display when tapped twice and in-house apps like QSlide, QuickMemo and Q Translator. Connectivity-wise, the phone supports Wi-Fi, Bluetooth, GPS/AGPS and 3G.

The LG G Pro Lite is available in black and white colors. Though the phone is available for purchase from online retailers at the moment, it is expected to be launched officially by the end of this month.