Syrian Electronic Army has decided not to stop. They are in news for past few months for hacking various popular websites and Twitter account. Today, they have hacked the admin panel of content recommendation service outbrain. 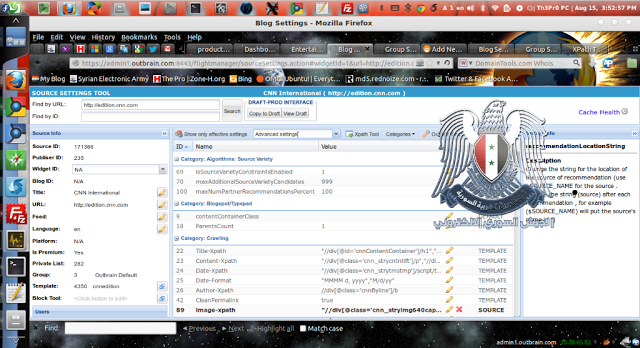 Outbrain is used by millions of websites including The Washington post, CNN, Times and we at Techlomedia too. It helps websites in increasing traffic with its content recommendation service. After this attack, OutBrain confirmed the attack and went down. Now, all publisher websites are not able to see its recommendation links.

Due to an attack, our recommendations are down. Our team is working to get our system secure & up shortly. Apologize for any inconvenience.

Hackers have changed many parameters to “Hacked by SEA.” It was also visible to all publisher websites. They also claimed to have access to Outbrain’s email server. 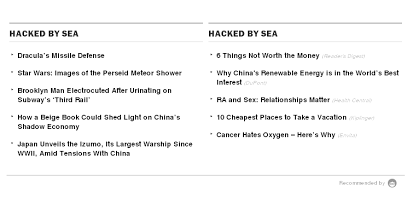 Syrian Electronic Army is a group of students from Syria. Not enough information is available about them.