Karbonn A27+ With Dual Core Processor Now Available for Rs. 8999

Karbonn has launched another mid range Android smartphone in Country. It is dubbed as Karbonn A27+. It is priced At Rs. 8,999 and is already available online via various online retailers. 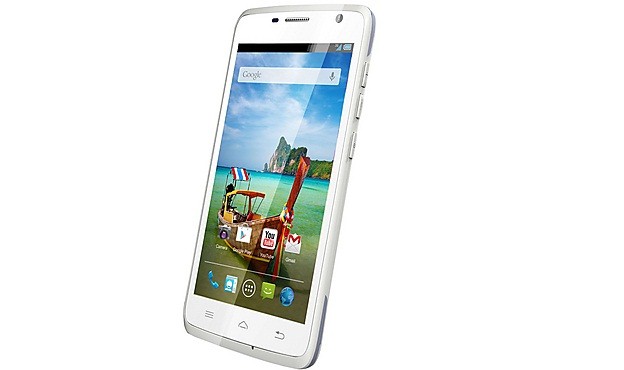 Karbonn A27+ is an advanced version of Karbonn A27 Retina. It is a 5 inch capacitive touchscreen smartphone with dual SIM connectivity. It is powered by 1 GHz dual core Qualcomm Snapdragon processor and runes on Android Jelly Bean 4.1.2 operating system. It is packed with 4 GB internal storage, up to 32 GB expandable memory  micro SD card slot  and 512 MB RAM.

It comes with 8 megapixel rear camera and front camera is also available. Other features are 3G, 2G, Wi-Fi (b/g/n), Bluetooth, GPS and micro USB. It is packed with strong 2000 mAh battery that claims to give talktime up to 7 hours (2G) and 4 hours (3G).

Key Features of Karbonn A27+

Buy it From Flipkart

At this price, this smartphone will compete with Micromax Canvas 2 A110 , Spice Stellar Virtuoso Pro and few other similar price range smartphone by Intex and Fly.

Two days back, Karbonn has also silently launched Karbonn A50 only for Rs. 3,999.