As expected, Google has announced new Nexus 7 tablet in the Breakfast with Sundar Pichai press event. This new tablet is the upgraded version of original Nexus 7. It brings many improvements to the Nexus 7 device. Google has tried to make the device more portable and useful. Now tablet is thinner and lighter. 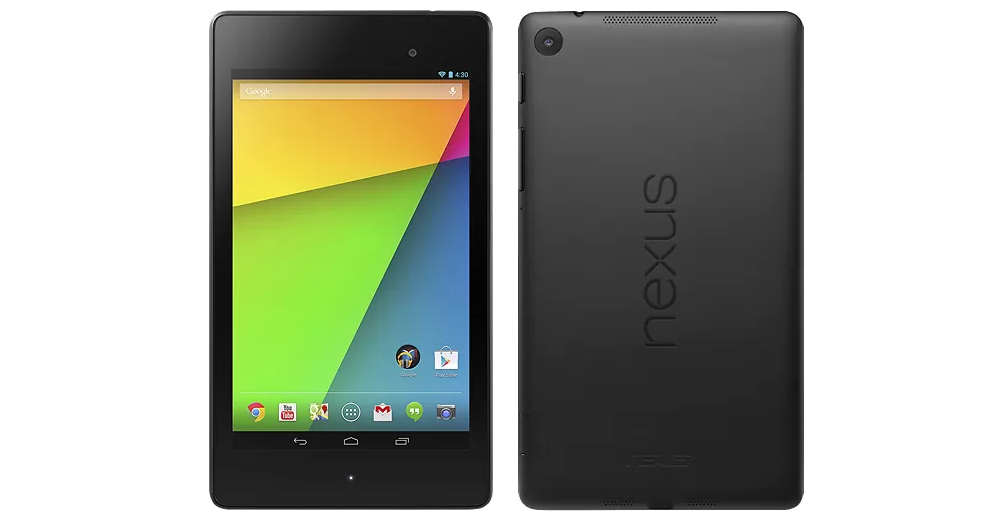 “We really focused on core elements – black-on-back design with the soft touch that everyone loved. We added a few glossy touches,” Huge Barra noted at the press event.

This new Nexus 7 comes with 7 inch full HD display with 1920×1200 pixels resolution i.e. 323PPi. Google claims this to be the highest PPI for any tablet available on the planet. This tablet is powered by 1.5GHz quad-core Snapdragon S4 Pro processor. It comes with 2 GB RAM. It also features a 5 megapixel camera at back and a 1.2 megapixel camera at front. Other features are dual band Wi-Fi, Bluetooth 4.0 and NFC. It also features Wireless charging.

It features dual stereo speakers for better sound. Battery backup of the device is also better than previous version.

Later today, new nexus 7 will be available for pre-order. Company will start shipping of the tablet from July 30 in United States. Later, it will be available in UK, Germany, France, Japan, Canada, Australia, South Korea, Spain and more countries.