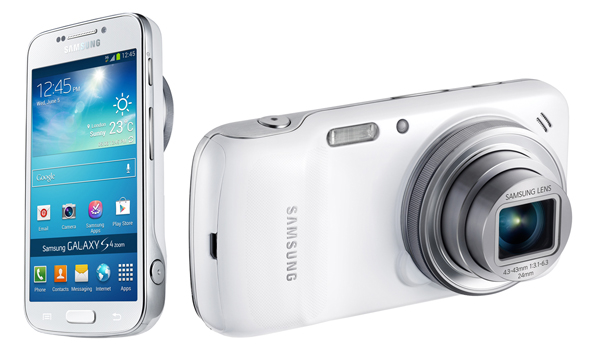 Samsung Galaxy S4 Zoom features a 4.3 inch qHD AMOLED display with 960 x 540 pixels resolution and Corning Gorilla Glass 3 protection. It is powered by a 1.5 GHz dual core processor but chip may vary based on the market. It runs on Android 4.2 Jelly Bean.

It has a zoom ring that enables users to capture photos while oon call and instant sharing via MMS to the called.

“When you’re in the middle of a phone call and you see something you absolutely have to share, a quick twist of the Zoom Ring will activate the In-Call Photo Share feature, letting you capture and send an image directly via MMS to whoever you are talking to simply. For easy camera navigation, the Zoom Ring can be used to activate the Quick Launch and Shortcut features, giving you instant access to multiple camera modes including Auto, Gallery and Smart Mode with a simple twist,” Samsung noted.