We already know that cyber crime is one of biggest threat for the company. But the latest stats are worse than we think. More than 1000 Indian government websites belongs to various Indian ministries and departments were hacked in the last three years. 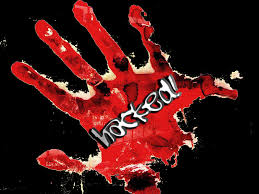 RPN Singh, Minister of State for Home said this in Lok Sabha. He said that a total of 303, 308, 371 and 48 government websites belonging to various Ministries and Departments were hacked during 2010, 2011, 2012 and up to March 2013, respectively. These information were provided by Indian Computer Emergency Response Team (CERT-In).

He also added that Department of Information Technology has taken important steps to protect the sensitive information on these government websites. He also said that proper security audit has already been started to find and patch security holes in various government websites and hostings.

“It has been mandated that all government websites are hosted on infrastructure of National Informatics Centre, Education and Research Network or any other secure infrastructure service provider in the country,” he said.

India is a primary target of hackers from China and Pakistan. In past few years, we have seen so many big defacement and data breach. The latest one was DRDO hacking in which Chinese hackers have accessed sensitive data of Indian defense. Pakistani hackers had already hacked website of CBI and server of NIC. There are so many incidents which show that Indian government should take it seriously.

India has talented engineers and cyber security experts, but Indian government has poor education infrastructure and poor recruiting system. This is the main reason why they always hire persons who are strong enough in marks but lacks real skills. There are so many popular Indian security researchers who have either rejected by Indian IT companies or left the job. If Indian people talk about Indian working in Google and Microsoft, they should not forget that they live in US and will never been in India again. India should create proper job opportunities in India to use this talent.

Cyber security is a big market and growing fast. Private firms know this, so penetration testing companies are growing. But Government IT organizations are still far behind. The main reason behind this is that they never care. They should change this attitude and try to make Indian cyber space secure. At least, try to protect confidential data.