LG India has finally launched LG Nexus 4 in India. It already went for pre-order yesterday via Flipkart. 16 GB version of Nexus 4 is priced at Rs. 25,999. This smartphone was originally announced back in October last year and went on sale in November. 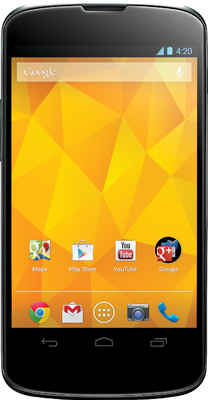 LG Nexus 4 features 4.7 inch touchscreen True HD display. It is powered by a 1.5 GHz quad core Qualcomm Snapdragon S4 Pro Processor. It is packed with 2 GB RAM and runs on Android 4.2.2. It comes with 16 GB internal storage but no microSD card slot to expand storage.

“LG Electronics is pleased to partner Google on the release of the Nexus 4 in India. We added the best of our talent to our strength, and the result is a feature- packed smartphone that packs superb hardware under a slim hood. With LG Nexus 4, consumers would be delighted by the perfectly balanced combination of style, function and power, said Soon Kwon, Managing Director, LG Electronics India.

Now we can expect Nexus 4 to hit Play store soon.