Karbonn has launched the successor of A7+ called Karbonn A7 Star in India. The smartphone is now available online via Snapdeal for Rs. 6,190. But Infibeam is selling the smartphone only for Rs 5,990. It features 4.5 inch display with 854 x 480 pixels resolution. 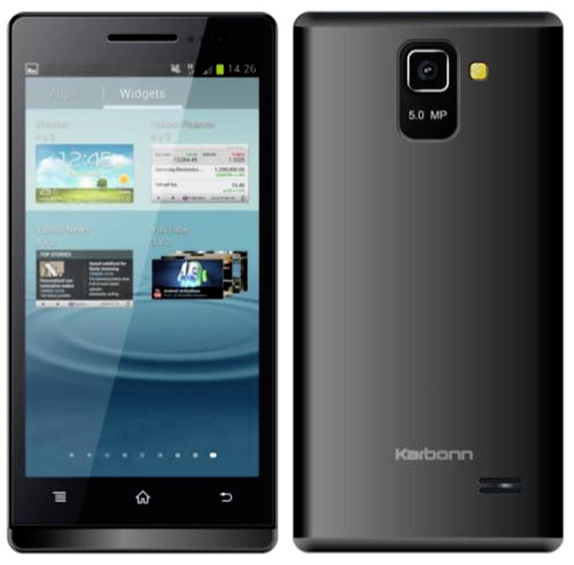 Karbonn A7 start is powered by a 1 GHz dual core processor and runs on Android 4.0 Ice Cream Sandwich. It comes with a 5 megapixel camera at the back of the device and a front VGA camera. Ut us a dual SIM dual standby smartphone. It comes with 512 MB RAM and 164 MB internal storage. Internal storage is also expandable up to 32 GB via microSD card. Connectivity features of the smartphone includes 2G, Wifi, nd Bluetooth.

It is packed with 1400 mAh battery

Karbonn launched the A7 back in July and A7+ in October last year. But Karbonn A7 star comes with better hardware and software specifications.