Finally, Samsung’s much awaited smartphone Samsung Galaxy S4 has been announced. It is the best Android smartphone and it may be the best smartphone in market. It is slimmer, lighter and more attractive. 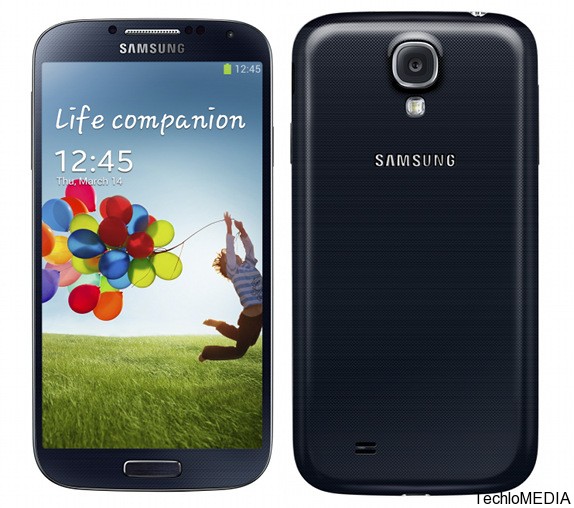 Samsung Galaxy S4 features 5 inch 1080p Super AMOLED display with 441 ppi pixel density. Resolution of screen is 1080 x 1920 pixels. It is powered by a 1.9 GHz Quad Core processor. But in few regions, It will be shipped with 1.6 GHz Octa-Core Processor.

It comes with a 13 megapixel autofocus camera with LED flash, full 1080p video recording. Camera comes with so many nice features. It has a dual shot mode that lets you to capture photo from both camera at the same time. It also has various image filters like Oval Blur, Postage Stamp, Cubism, and Split, which give you different options for the theme of your dual-shot creation.

Samsung Galaxy S4 comes with S Translator tool that enables you to speak one language and your phone will translate it in other language. Samsung has also demonstrated this cool feature in the press event.

It features 2 GB RAM and comes with 16, 32 or 64 GB configurations. It also has microSD card for storage expansion. If you are watching a video and loos away, the video pause automatically and it will resume when you look back.

It runs on Android 4.2.2 Jelly Bean with a new Samsung’s own suite. It will be shipped with a Samsung’s photo publishing service.

It will be available by the end of April in 55 countries. Company has not revealed the pricing details.