Sony has introduced its Xperia Z at CES 2013 in Las vegas. Specification of Xperia Z are similar as we reported the last week. 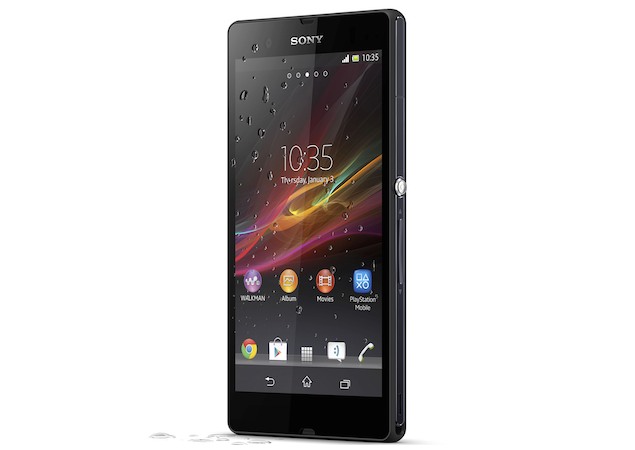 It is powered by a 1.5 GHz processor and runs on Android 4.1. Sony will also push Android 4.2 just after launch. It features a 5-inch full-HD display with 1080×1920 pixels resolution. The Xperia Z is IP55 and IP57 certified, which means it is dust and water resistant.

It comes with 2 GB RAM and 16 GBB internal storage. It also have a microSD card slot to expand storage. Sony Xperia Z comes with a 13 megapixel camera.

“With Xperia Z, we are bringing over half a century of innovation in TV, imaging, music, film and gaming to create a super-phone experience that truly stands out,” said Kuni Suzuki, President and CEO, at Sony Mobile Communications.

“With great specifications, Sony’s media applications, One-touch functions and outstanding battery life, Xperia Z is well positioned for leadership in the smartphone market,” Suzuki continued. “By putting smartphones at the heart of our strategy, Sony is enabling people to create, enjoy and share content and experiences like never before.”

It will be launched globally in the first quarter of 2013. A design variant of Xperia Z is also in work that will be called Xperia ZL.