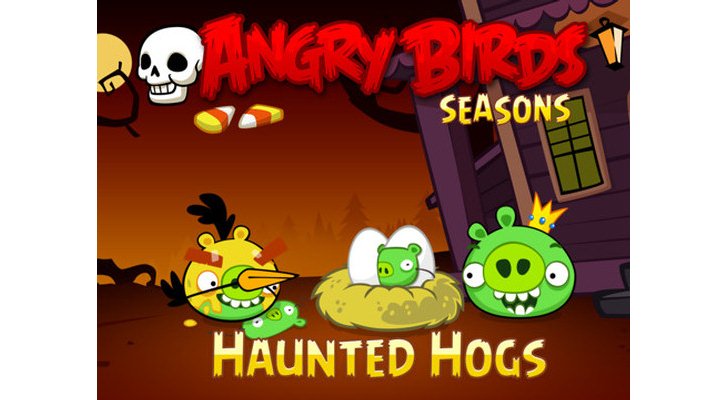 This update is called “Haunted Hogs” and brings 30 new Halloween-themed levels with new music. Environment of the levels is also eye-catching. You will surely enjoy these new levels.

“BOO! The pigs are hiding in their spookiest location yet: a haunted house! The Angry Birds will have to brave ghosts and ghouls to get their eggs back — if they can survive the house first! Are your eyes playing tricks on you or did that painting just move?!,” Rovio said about this new update.

Angry Birds Seasons 3.0.0 is now available to download via app store. It is compatible on all iOS devices running on iOS 4.3 or later.