Just after Samsung has put Galaxy Note 2 for pre-order, it has reduced the price of Galaxy Note. Now, it is available only for Rs. 29,990 from the official Samsung e-store. It was previously available for Rs, 34,990. 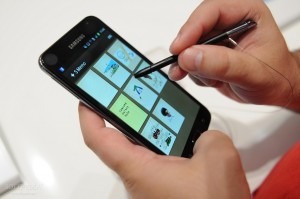 Samsung Galaxy Note features a 5.3 inch ) Super AMOLED touchscreen display with 1280 x 800 pixels resolution. It is powered by a Dual-core 1.4 GHz ARM Cortex-A9 processor. Initially it was launched with Android OS Gingerbread onboard. Later, it received Android 4.0 ICS update and then Android 4.0.4 update. It comes with a 8 megapixel camera with LED flash along with a 2 megapixel camera at the front for video calling. Internal memory of galaxy Note is 16 GB which is also expandable upto 32 GB via microSd card.

Interested users can order Samsung Galaxy Note from official e-store of Samsung. But I will recommend to go for galaxy Note 2 which is already up for pre-order and will be available in India Soon. As this is the upgraded version of Galaxy Note, It comes with better feature and performance.