Karbonn A18 launched with Android ICS

Karbonn Mobiles has announced a new Android smartphone called Karbonn A18. It i priced at Rs. 12,990 and is available online for only Rs. 9,790. It comes with dual SIM capabilities where SIM 1 supports 3G while the second SIM supports 2G network. 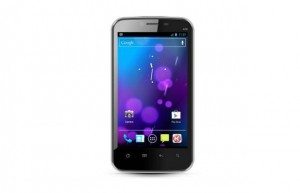 Karbonn A18 features inch IPS (In Plane Switching) with 800×480 resolution and is powered by a 1 GHz processor. It runs on Google’s Android 4.0 ICS mobile operating system. It also features a 5 megapixel camera with burst mode, face detection and LED flash. It also has a 1.3 megapixel front camera for vico calls.

It is packed with 1500 mAh battery for good backup.

Key specifications of Karbonn A18

Karbonn mobiles is very active in smartphone market and has a good range of Android smartphones. This smartphone will compete directly with Micromax A90 Superfone Pixel. We can expect a good fight.