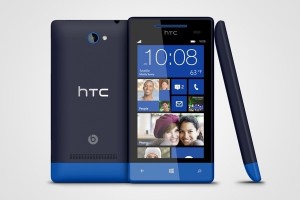 HTC 8S features a 4 inch paltry WVGA screen protected by Gorilla Glass. It is powered by a 1 GHz dual core processor with 512 MB RAM. It comes with a 4 GB internal storage which expandable with microSD card. It also features a 5 megapixel camera with LED flash that can also capture videos. This device lacks front camera.

It is expected to hit the stores in early November. HTC also failed to announce the price of this smartphone at this time.