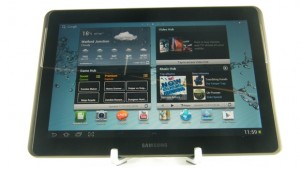 It also has a 3.15 megapixel camera at the back of the device which features Geo-tagging and video recording. It also has a front VGA camera for video calls. Connectivity features of this tablet includes Bluetooth, USB, USB Mass Storage and WIFI.