Idea has launched one more dual SIM Android smartphone, Idea ID 918 in India. This is the third IDE smartphone and is available for Rs. 5,994 in India. 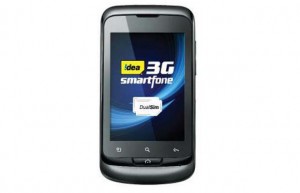 In terms of connectivity options, Idea ID 918 will offer Wi-Fi, 3G and GPS capabilities. It also has Social Media Apps such as Facebook, Twitter, Orkut, and pre-loaded Google apps and Youtube. It has 1300 mAh battery.

Idea is also offering free data in which after 48–72 hours of recharge and first call from the Idea smartphone, users will get 2 GB data per month for 3 months and post 2 GB data limit they will be charged 5 paisa per 10 KB.