Both mobile phones feature 1.8-inch LCD display and multi-tap keypad. Both are dual sim mobile phones with easy Swap technology. It means that one can easily switch between the two SIMs without turning off the mobile phone. Both devices runs on Nokia’s mobile operating system symbian series 40. These devices also feature a VGA camera at the bck of the device. 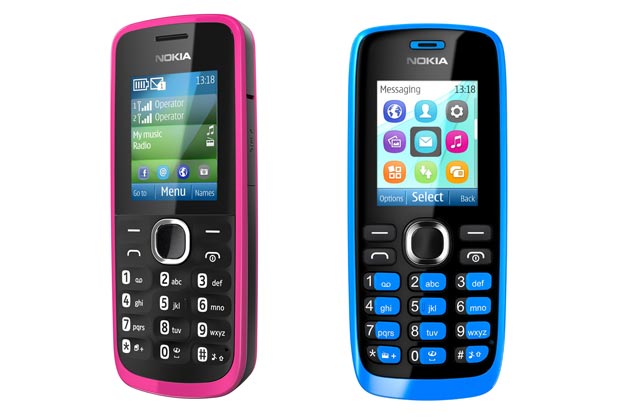 These mobile phones also offers easy connectivity to different social networking websites such as Facebook and twiter. It also comes with eBuddy IM app pre-loaded for chatting with friends.

Other features of these mobile phones include FM Radio, Media player, GPRS/EDGE, Bluetooth v2.1 with EDR and 3.5 mm AV connector.

Nokia is also offering 40 EA games with these devices for free. You only need to pay for internet data charges for playing these games online.