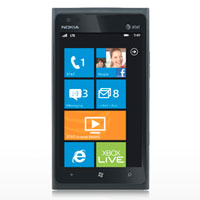 Nokia Lumia 900 made its debut in United States via AT&T and many customers who pre-ordered the device, received their device. Although Nokia boasts many things about the device but it also got a negative feedback just after one day, customers received the device.

It appears that Nokia Lumia 900 has some software bug which make the device unable to connect to AT&T’s data networks.

Many Nokia Lumia 900 owners posted their problem in the forum and Nokia support website. AT&T was also trying its best and exchanging sim cards to solve the data connectivity problem. But everything was only waste of time.

However on Monday, Nokia released a statment in which it apologizes for all the problems caused and promises to deliver a software update that would correct this issue on or around April 16.

In addition, Nokia also announced a new offer. Every customers who has already purchased the Lumia 900, or who will purchase one until April 21 will get a $100 credit to their AT&T bill from Nokia. It means users who want to buy Nokia Lumia 900 will not have to pay until APril 21.

The update is now available for download via Zune or Windows Phone 7 Connector. In addition, Lumia 900 owners also have the option to exchange their phones at any AT&T store until April 21.