BARCELONA: Samsung has announced its new 10.1 inches Galaxy Tab 2. This big screen tablet is launched to compete with Apple’s iPad. 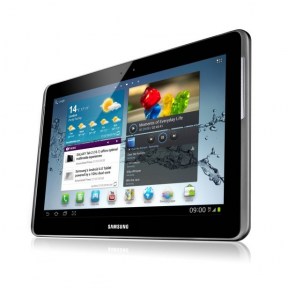 Samsung Galaxy tab 2 10.1 has a 3 MP camera at back and a VGA camera at the front for video calling. Camera is also capable of capturing HD videos. This tablet is available as 3G model or as WiFi-only. The internal storage options are 16GB and 32GB and there’s a microSD card slot on both versions. So you can expand internal storage of 16 GB tablet to the 32 GB.