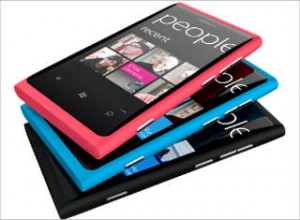 Nokia had launched its Lumia 800 in india few days back but users are facing battery problem with this smartphone. This smartphone is the most important phone on which company is pushing all its power so it does not want any thing to go wrong. After many battery complaint issues, Nokia has taken it seriously and inspect the phone. Company found a software bug which is limiting the phone’s ability to access the full battery capacity.After that Nokia has announced to release bettery fix update on January 18th.

“We immediately started to investigate these reports and can now confirm that while the battery itself is fine, a software problem in certain variants is limiting the phone’s ability to access the full battery capacity,” Nokia said.

“The good news is that as this is a software problem it can be easily resolved. The planned software update in early 2012, as well as including many performance enhancements, will also include a fix that will enable the affected phones to access the total battery capacity.”

Nokia has already started to inform users about this update and date when it will come. Company also announced that any user who does not want to wait for the update, Nokia can arrange for a replacement phone.