Swype has released a new version for Symbian users. This new update has a wide range of enhancements with some bug fixes and available only in beta flavor. 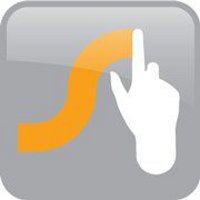 The team of developers have resolved a wide range of issues in this version and are expecting to release it soon on Nokia stores. Team explains,”Over the last 8 weeks we’ve addressed all of the critical issues raised on Nokia Beta Labs. We’ve also made some key improvements that should make the whole experience from download, to install, to uninstall much more enjoyable.”
The application comes with support for all S60 5th Edition and Symbian^3 devices, and brings along support for languages like English US, English UK, Spanish, Portuguese BR, and French CA. Users can also download additional language package which includes more than 30 additional languages.